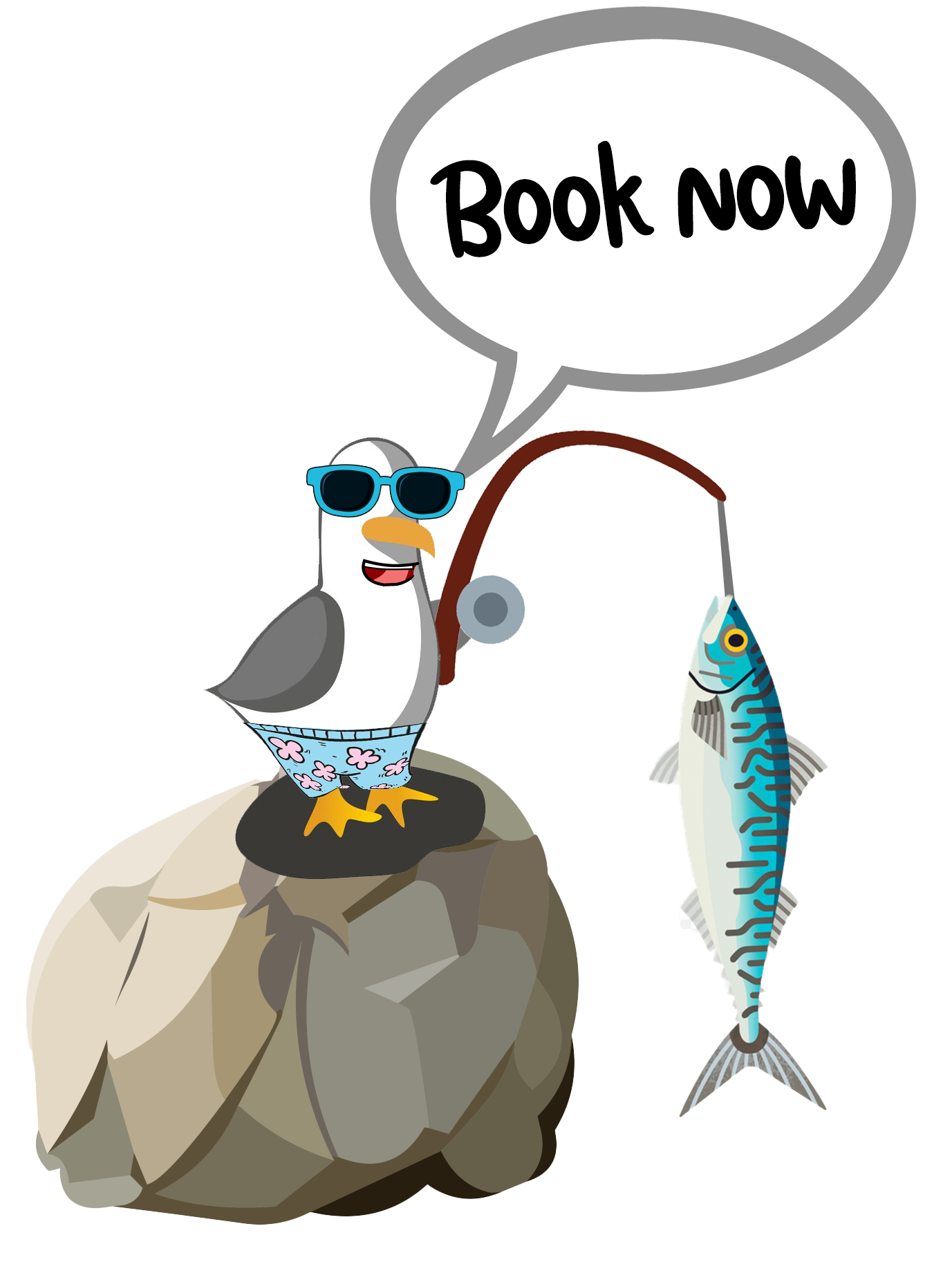 She was later sold in 1964, renamed
The Seren Y Mor (Star of the Sea) and came
to Tenby. From 1964, for 40 years, she carried passengers back and forth Caldey Island.  She was then sold again to a local fisherman to become a Mackerel Fishing Boat.  For many years Seren Y Mor has done daily Mackerel trips from early April to mid September.

Blue Fin is our 8.5 meter Starfish, she is made out of fibreglass and has a capacity for 12 passengers.

Blue Fin has spent most of her life in Pembrokeshire, starting as a trip boat running out of Saunderfoot with a capacity of 30 passengers.  She has been moored in Tenby for around 10 years and Rob has owned her for 4 years, when she became part of our fishing family.

The Patriot was built in Wadebridge, Cornwall in 2002 as a fast charter boat.  She is the fastest of our fleet, powered by a 420 hp Caterpillar engine.  She’s been used for fishing here in Pembrokeshire since 2010 and has recently come into our fishing family and is now owned by Alan and Lisa.  The Patriot is coded for 60 nautical miles and is licensed to carry 12 passengers plus crew.